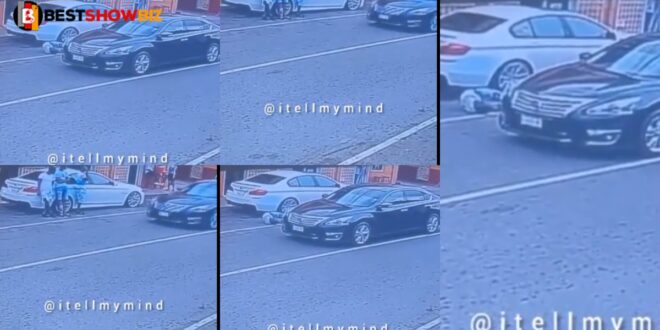 18-year-old scammer shỒt and k!lled in front of his BMW car (Video)

A viral video shows the moments before an 18-year-old teenager, who is suspected of being a fraudster, was shot and killed by masked robbers.

He was standing by his BMW car with two others when the killer opened fire on him, while his two pals fled for their lives, as shown in the footage of the incident.

According to sources, the incident occurred in the Jamaican town of Albert Town Trelawny, where the youngster is reported to have lived with his family at the time.

As onlookers hurried to the scene after the assassins drove away, the young man was seen lying there unmoving after he had been shot, according to the video.

Sources close to the man have stated that the scammer had only recently purchased his car, but the actual reason for his death is now unknown due to the ongoing investigation.