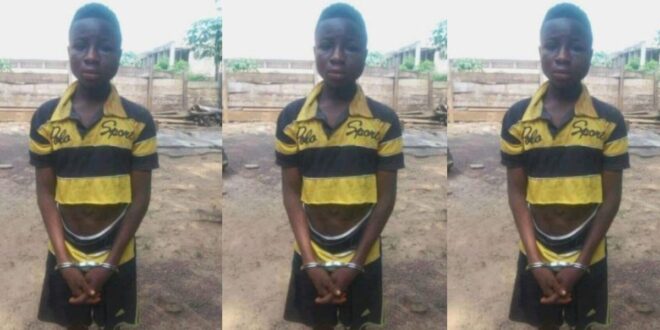 The residents of Wassa J.Y No.1 in the Sefwi Wiawso District have been shocked to learn that 17 years old Boy identified as Emmanuel Gyan has murdered his 52-year-old mother Faustina Agyeiwaa.

According to reports, Emmanuel accused his mother of hiding his phone memory card, which she refuted.

In the heat of the moment, Emmanuel took a pestle and beat his mother repeatedly until she collapsed and died on the spot.

While the investigation is ongoing, 17-year-old Emmanuel Gyan is being held in detention at Sefwi Wiawso.