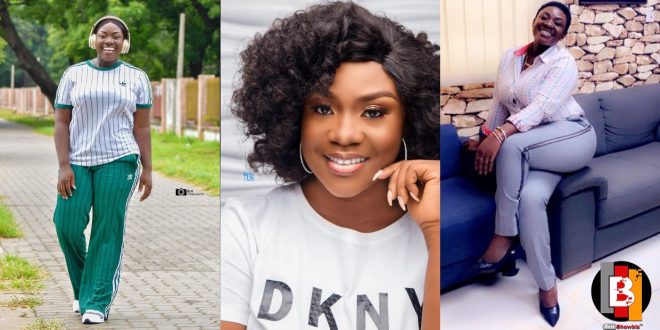 Emelia Brobbey Remixes Her Much Talked About “Fa Me Ko” Track

Kumawood actress Emelia Brobbey has made a remix of her single and debut song which made wave in the later part of last year dubbed ‘fa me ko’.

the original track featured the high life artist Bright of Buk Bak fame and despite Emelia putting much as a first time into the music industry, she attracted a lot of backlashes.

However, she did not let the backlash get to her and she is getting things in place this time as she is set to release a remix which is produced by DatbeatGod.

The official music video of the remix would be released on Friday l, 31st of July 2020 as revealed by the actress.

all of her fans and Ghanan as a whole are waiting on her anticipated remix and on behalf of our team, we wish her all the best of luck in bringing out this matter piece.