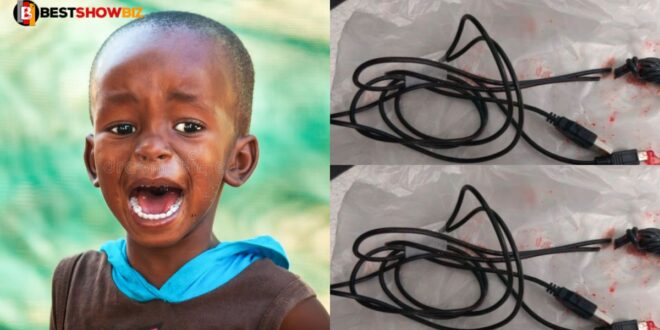 A 15-year-old boy had to be transported to the hospital when a USB cord got stuck in his penis.

The anonymous London adolescent required surgery when the cable tangled within him.

The youngster tried to remove it himself multiple times, but urinated a lot of blood, forcing his family to take him to A&E.

The occurrence was reported in Urology Case Reports.

Due to the position of the knot, the boy was rushed to University College Hospital London for further treatment.

To staff, he confessed to inserting the cable to measure his penis out of sexual curiosity.

He was sent to surgery after an X-ray revealed the size and location of the knot.

Surgeons cut through the penis and scrotum muscles, then severed and removed the knot.

Medics cut the cord and extracted the knot through the wound. After removing the knot, the remaining two pieces of cable were pulled out.

His rehabilitation was uneventful, and he was released the next day.

“He may eventually develop constriction of the urethra, which might cause issues passing urine or predispose him to recurrent urinary tract infection,” said Dr. Amr Raheem, an andrologist.

Infections can be harmful, especially in people with reduced immunity, such as diabetics, and can cause tissue necrosis or even sepsis.

“I feel it is getting more widespread due to social media and the ease of spreading disinformation.

“We have witnessed an upsurge in these practices among individuals who come in with complaints.”