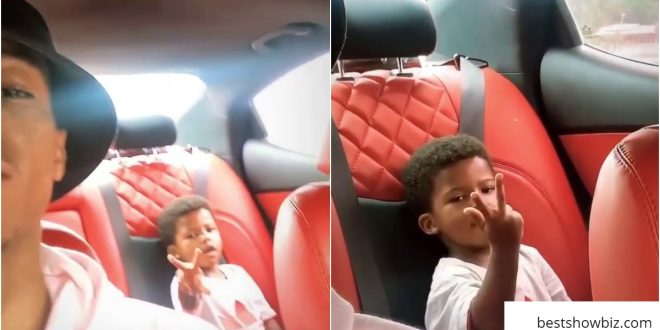 We have chanced on a video of Lynx Entertainment signee KiDi and his son having a good time together.

in the video as we sighted, Kidi was seen driving while his son was at the back seat, he look-alike son was then seen giving out some swag in the video.

the video shows Kidi and his son chilling in town and grows up his love bond for him.

it came as a big surprise to many Ghanaians most of all ladies who we’re crushing on the ‘Say Cheese’ hitmaker after it emerged that he has a son.

Another Daddy Sunday, Kidi chilling out with son