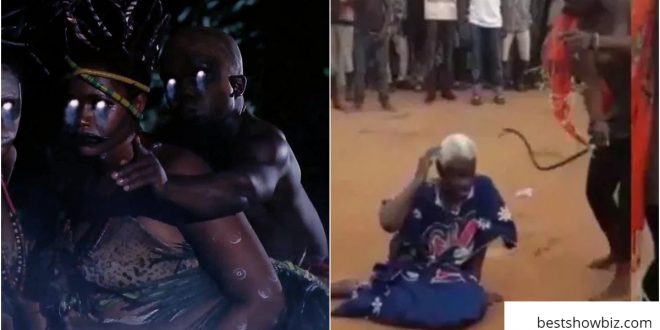 A 90-year-old woman has been beaten to death in Kafaba in the East Gonja Municipality of the Savannah region after a soothsayer claimed she was a witch.

per a video sighted and going viral, the old woman, who could be heard clearly refuting allegations that she is a witch, was pushed down by one of the women and beaten mercilessly with the community members cheering them on.

According to Graphiconline, the old woman whose body has since been placed at the Tamale Teaching Hospital mortuary has been identified as Akua Denteh.

However, Deputy Commissioner of Police of the Savana region, Mr. Enoch Adutwum Bediako stated that some police officers have been detailed to the area to effect the arrest of the suspects who subjected the victim to severe beatings which led to her death.