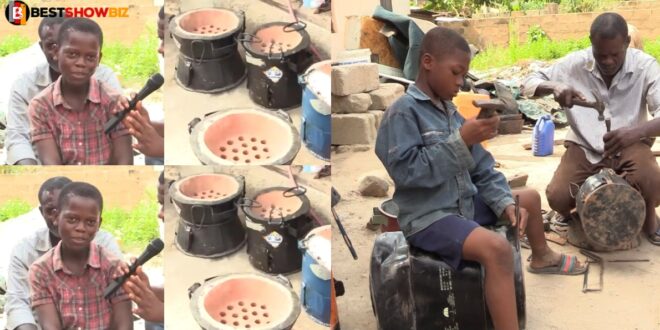 Daniel Kwesi Seku, a 12-year-old Ghanaian child, has stated that he has been constructing coal pots for the past five years.

The little child, who learned the technique from his father and began working at the age of seven, told SV TV Africa that he is able to balance his schooling and part-time work.

Customers’ patronage of the coal pots has decreased as a result of the usage of liquefied petroleum gas (LPG), according to him, but they are still able to sell enough. Mr. Seku claims that the two boys enjoy the job he has been training them for and that they eagerly come whenever school is over.