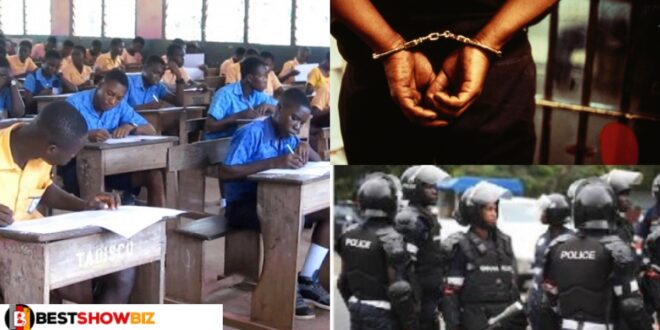 According to reliable news reports, 12 instructors have been arrested for BECE malpractices as a result of an operation carried out by Security personnel of the West African Examinations Council (WAEC) in partnership with National Security.

The teachers were arrested in Offinso Municipality in the Ashanti Region and Senase R/C Basic School in Berekum in the Bono Region, according to reports.

The teacher at the Offinso Methodist JHS examination center was captured while taking money to provide the youngsters the social studies paper, according to a WAEC source.

In a separate incident, nine teachers and a headmaster were arrested in the morning at the Dwamena Akenten M/A JHS examination center when they were seen desperately solving the objective part of the Social Studies paper.