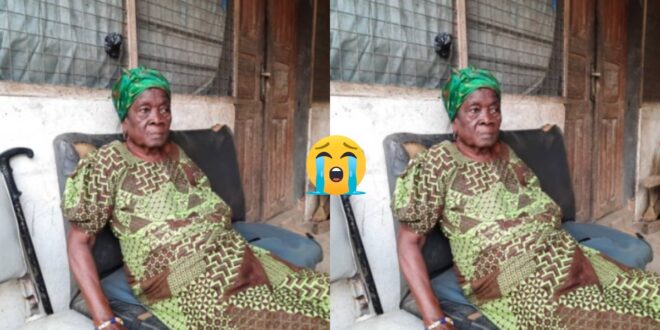 Before agreeing to the destruction of her home, a 108-year-old demanded a suitable six-bedroom house to make space for the building of railways.
In the North Tongu district of the Volta Region, Mrs. Hana Sesi Abla of Juapong obtained a notice of eviction from the Ghana Railway Development Agency to vacate her house in order to pave the way for railway building in the Volta Region.

Mrs. Abla informs Joynews that others have been paid, but her payout is not sufficient enough to acquire another six-bedroom.

Therefore, she refused the compensation and called for a new building identical to or greater than the one her kids established for her.

I want the government to pay my son a decent sum of money to build a different house for me. I’m an old woman, my kids designed this place for me some time ago, and now I’m very concerned about the demolition reports.

“Meanwhile, before the project came, we built here and it’s not the other way round… I’m sick of this development now,” she said.