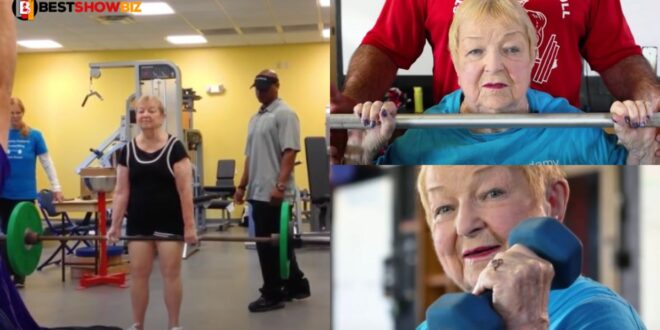 A 100-year-old woman will become one of the world’s oldest powerlifters, according to Guinness World Records. With her 100th birthday coming up, Edith Murway-Traina, 98 years and 94 days old, will be formally recognized for her 68kg power lift in 2019.

Her victory will be included in the Guinness Book of World Records in 2022. A friend forced the former dance instructor and performer from Florida to join a gym nine years ago. “She didn’t want to go alone,” Edith told the NY Post. “I got there because she dragged me along kicking and screaming.” “I saw other ladies lifting weights and thought it was cool.”

This trait gained over her prior employment, she added, drew her to the sport. Edith recalled her days as a performer when rapid feedback and acclaim greeted a great rise. Edith took to powerlifting rapidly and soon began competing in senior competitions, frequently winning. During the pandemic, physicians forced her to leave the sport. She is already training again for a competition in November with coach Bill Beekley.

“Now I am starting from scratch and seeing what I can accomplish,” Edith added. As she approaches 100, she says debunking the “sweet little old lady stereotype” pushes her.