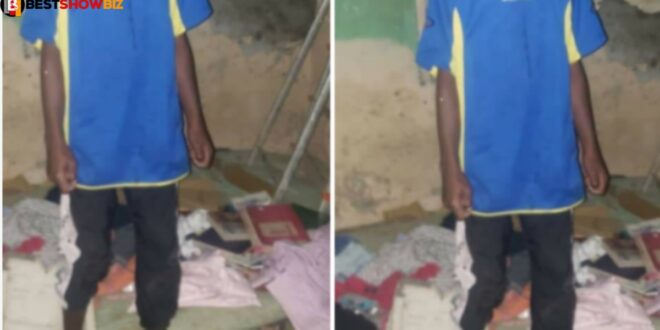 On August 9, 2021, Assistant Superintendent of Police (ASP) Godwin Ahianyo, the PRO of the Ashanti Regional Police Command, revealed that one Yaw Akuoko Sarpong, 33, an elder brother of the deceased, submitted a complaint at the police station over his brother’s death.

The complainant told the police that when he returned home from work on Monday at 3 p.m., he saw his brother’s lifeless body hanging in the room.

The body of the deceased, a boy (name withheld), was discovered with his neck in a noose in his room.

At the scene, a kitchen stool and a ladder were discovered. The body was photographed before being transported to the Kumasi-based Komfo Anokye Teaching Hospital (KATH) morgue for preservation and autopsy.

He did, however, ask residents who have any knowledge regarding the boy’s death to contact the police so that they can assist in the current investigation.